It has been sometime since I last blogged and I apologise for my slackness! Since my trials and tribulations of my journey as a marathon runner, life has just taken over. Here we are at the end of what was for me a beautiful summer, full of creativity and sunshine!

Plenty of news past and present to update you all, over the last 3 weeks I have been working on a number of projects as part of Coastal Currents here in my home town, a month-long festival of arts, performance and wierdness!

I was commissioned by Grieg Burgoyne to create a sound installation based on a theme around the elsewhere, which seemed a perfect fit considering the title of my new album The Absolute Elsewhere! The 45 min sound piece was installed in the basement of Borough Wines and Books, a very cool little shop selling fine wines and crafy beers with a reputation of putting on some of the best live events in Hastings!

Over that same weekend I premiered the live version of the piece, unfortunately I forgot to record it! It defintiely a step into a sonic landscape and judging by the feedback from the audience went down very well. It was joy to be joined on stage by my fellow contemporaries Darren Morris and Oliver Cherer, who had no idea what was happening as we had not had time to have a rehearsal!

As I already mentioned I stupidly did not record the performance but have decided to  release it as an accompaniment to the new album The Absolute Elsewhere a perfect special addition to all those who buy the pre sale!

I have also been working on a few live improvised shows with my other project Non-Blank, scoring a live sound track to The Great White Silence which was a tall order considering the length of the film, I think in hindsight it may of been better to of done a bit of editing before hand as it was a bit too long.  It is however a fantastic documentation of Scotts  journey to the South Pole by Herbert Ponting, considering its age some of the filming techniques are ground breaking and its definitely worth seeking it out as it has recently been restored by the BFI. If you are interested in what we do as Non-Blank you can watch  some of our past work on the Non-Blank Vimeo page.

Its been a packed month and ealrlier on in September I got to work with a dear friends and collaborator Shabnam Shabazi on her project Body House. I have worked with her on this project since it’s inception back in 2012, and this was to be version III and was part of Certain Blacks Harlem Festival at  Rich Mix. It is always an extrodinary journey working with Shabnam she is a total force of nature, and her team of artists were amazing, Vivian Chinasa Ezugha, Hannah Bamford and Blanca Regina.  It was a long week but totally rewarding at the end! I hope we can do it all again soon!

Yes, its been long as they say, and my apologies for not having anything more concrete on The Absolute Elsewhere, it is in essence ready to go, just a few loose ends to tie up! The artwork is just glorious created by Zeroh ,who I have collaborated with over the last few years on various projects, I love their work and feel extremely blessed to have them create the artwork for this album! I am hoping The Absolute Elsewhere will be launched into the world very soon! Watch this space!

I have also since moving to the coast have worked with Oliver Cherer who currently has two albums out, both of which are getting great reviews and radio support. If you are interested in either of them please check them out. The Myth of Violet Meek is out imminently and a fantastic record, I had a lot of fun contributing to this dark yet beautiful work! The other album is called The Green Line under his pseudonym Gilroy Mere. Enjoy!

Here’s to a fabulous Autumn, I am not a winter person and am already longing for the bright mornings and long evenings to come back! See you on the other side! 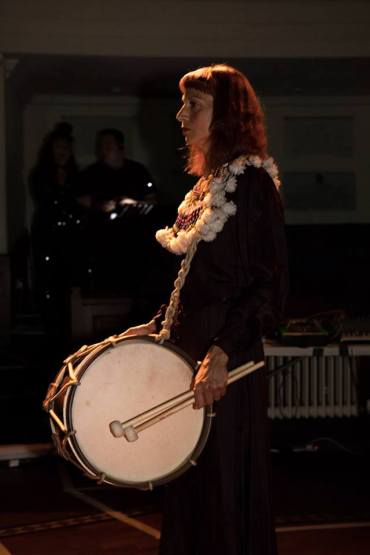 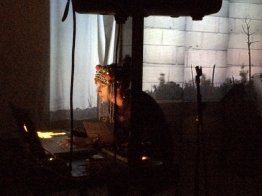 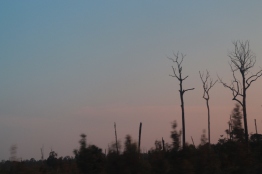 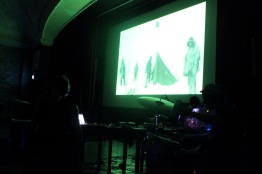